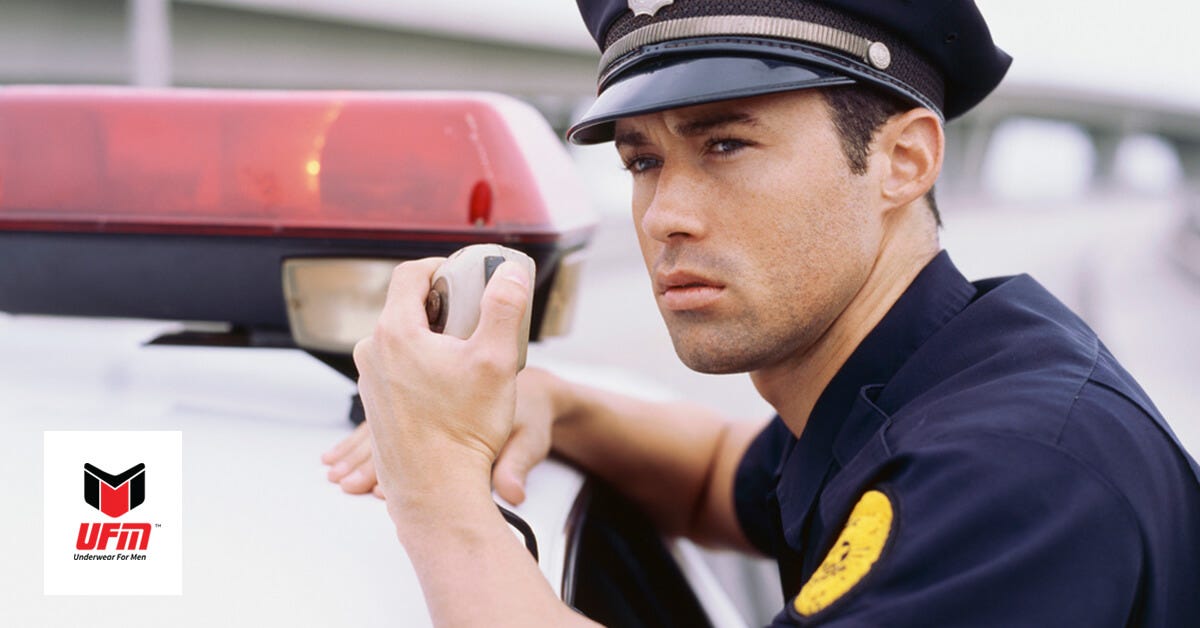 Police officers patrol town and keep citizens safe in a number of ways. Whether on foot walking the sidewalks or cruising on motorcycles, these valuable members of our society do a lot for our towns and cities. As a police officer performs his duties throughout the day, he needs the right uniform, the right underwear for men supporting him, and the correct shoes. The perfect underwear solution for a police officer, who is constantly moving throughout the day, is Underwear For Men. The moisture wicking fabrics keep you dry and prevent chafing.

Many police officers get around town with the use of a patrol car. The patrol car is convenient because it is possible to travel large distances and keep an eye on a larger radius. On the other hand, the person driving  is often forced to sit for hours at a time. Police officers, even when sitting, are guys that need consistent support. With a simple tie of a drawstring, your manhood is secured in a soft hammock-like pouch. Never feel suffocated or squished when sitting in your patrol car while wearing Underwear For Men under your uniform.

Some police officers stick to motorcycles because this mode of transportation makes it easier to maneuver through streets, especially in crowded cities or high-traffic zones. A motorcycle helps an officer get to traffic incidents with gusto, monitor the speed of drivers with ease, and move through rush hour traffic quickly. If you are a police officer that optimizes his time by riding a motorcycle, you likely deal with chafing, sagging, and bunching. Underwear For Men makes adjustable pouch underwear for guys that are constantly on the move. Unlike other underwear for men, our styles are measured by waist size. This means you get a band to fit your body well. Also, as you get on and off your bike you won’t be exposing your butt to the world. Our boxer briefs are designed with a tapered leg to prevent rolling and bunching. As you walk, bend, and move, your UFMs stay in place. 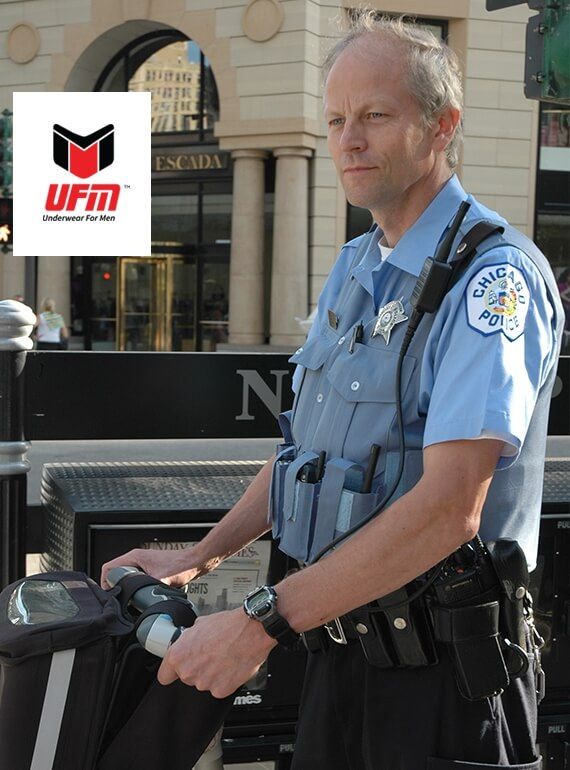 The newest form of police patrol is the Segway. This type of transportation allows police officers to travel through large indoor and outdoor areas like malls, parks, construction sites, airports, and more. Because the Segway is off the ground slightly, the police officer is higher up and able to detect problems quickly. This mode of transportation requires the police officer to stand up at all times. In addition, his hands are often occupied in the operation of the vehicle. Because of this, police officers need underwear that is comfortable and supportive. Underwear For Men uses a US patented and Intl patents pending adjustable pouch to support your manhood. With a simple tie of the drawstring, your manhood gets a hammock-like pouch that feels customized to your size. As you move, bounce, and turn on a Segway, your manhood won’t be jostled or squished.

Horses: The Proper Way to Adjust Your Set

The old-fashioned transportation option which requires a whole lot of maintenance is the horse. Police horses are still used for the control of large crowds and great for all types of terrain. You often see police horses at big sporting events, popular parts of town late at night, and in parks and large tracts of open land. 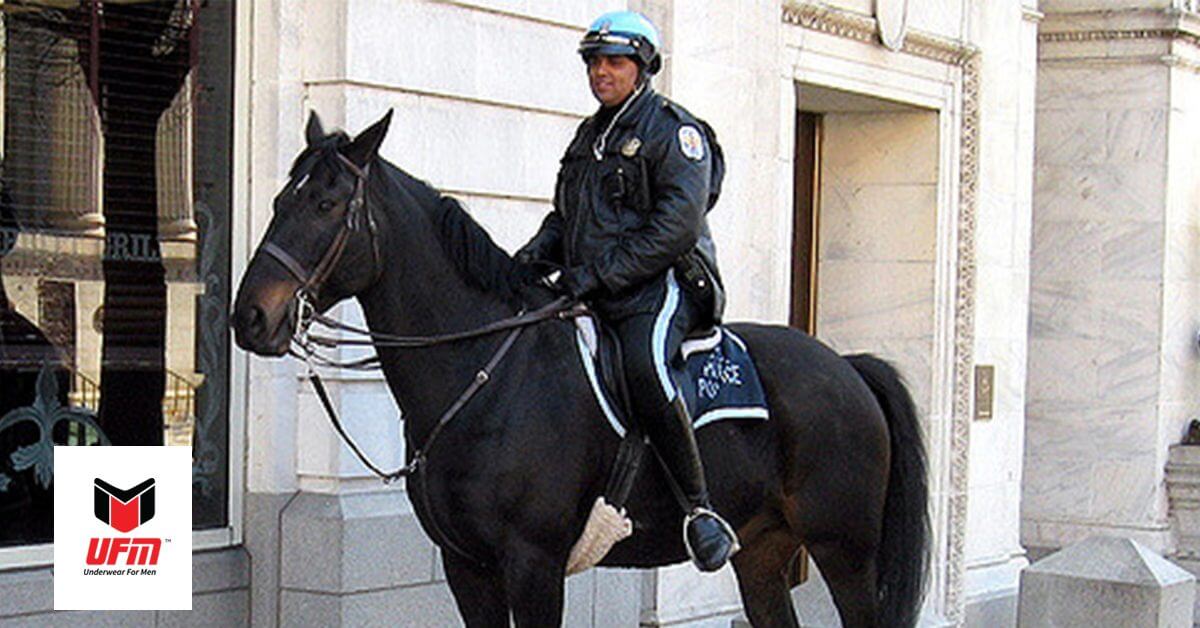 This mode of transportation is especially hard on the manhood as you move around on horseback. A police officer wearing Underwear For Men never worries about chafing, irritation, or getting too sweaty. Our men’s underwear is made from moisture-wicking material so when you sweat, it dries quickly. UFMs eliminate issues like chafing and irritation caused by wetness from sweating. In addition, sitting in a saddle leaves you susceptible to serious odor.  Our underwear for men keeps you cool and odor-free thanks to the moisture-wicking material used in all briefs and boxer briefs.

Bicycles: Keep It High and Tight

Every man knows there is a certain type of discomfort that comes with riding a bicycle. If you are a police officer who relies on biking for his job, there is no way around riding a bicycle regularly. Bike riding police officers need an underwear option that supports your manhood. This mode of transportation allows for you to get there faster than walking but still patrol larger distances than you can on foot. Bicycles are also more affordable than methods like a Segway. It seems like bicycles always squish your manhood thanks to the strategically placed seat. This is where the right underwear for men comes in. With the high and tight method, your manhood is completely isolated from your thigh as you ride a bicycle. As always, the moisture wicking material keeps you cool and dry even on the longest routes. 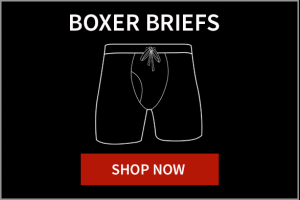 Underwear For Men started as an idea on Kickstarter. The brand quickly evolved into a brand that is competing with the biggest influencers. We are different because our briefs and 6-inch or 9-inch boxer briefs come with a US patented and Intl patents pending adjustable pouch. You get a pouch sized to fit your manhood. Men like police officers need constant support as they focus on their jobs – and UFMs provide this. Some of our most popular features include moisture wicking material, underwear sized according to waist measurement, a tapered leg that stays put, and complete isolation to stop chafing. 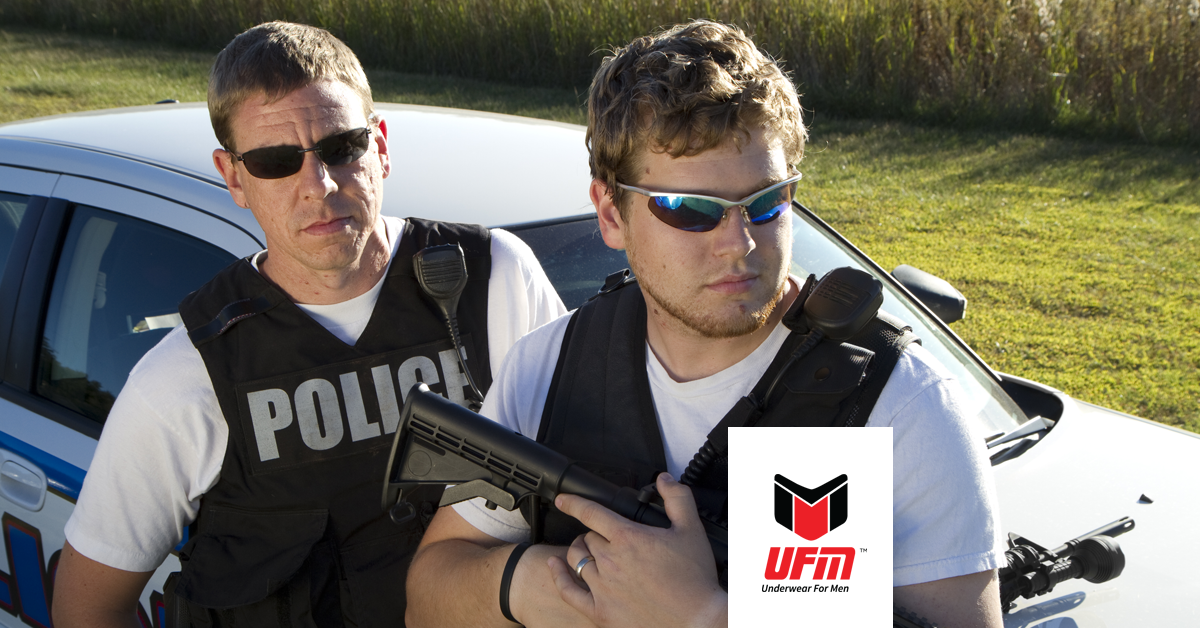