Underwear For Men - The Perfect Underwear To Prevent Chafing

The Lift, Separation, and Support provided by Underwear For Men helps to eliminate chafing.

Crotch chafe, thigh chaffing, thigh rub, jock itch - whatever you call it, it remains the same end result. An uncomfortable rash forming on the inside of your legs. Preventing you from being comfortable even in the calmest of situations.

The main question that arises is; how do we prevent chafing? Soreness is a persistent issue for men and often only gets worse as you continue to exercise. Combine that with the wrong type of underwear and you have an issue with no end in sight. The last thing you want is your underwear rubbing on a spot that is already sore. But thats what most of them do. Nothing worse than being on a long walk, run, cycle or workout and the inner thigh starts burning half way round. 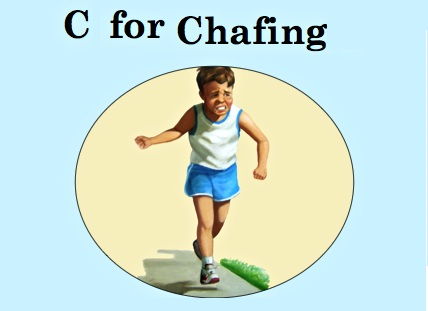 The right athletic underwear should move with your body, not against it. As well as offer you real support to help keep you in place. This helps to keep you comfortable no matter your activity of choice.

Running is one of the activities that can cause the most chafing. The repeated motion of your legs rubbing against each other is the breeding ground for a rash. For those with smaller legs this may not cause as much trouble due to the smaller surface area. But the bigger your legs area, the more troublesome it can be.

The most important way to prevent thigh chaffing is to wear synthetic underwear (usually polyester) that will not absorb moisture. This way your underwear stays dry so that it sticks better to your leg and won't drag on your skin due to moisture. This type of material also has a tighter fit which helps to make sure your underwear always moves with your body. The less friction the better.

For cyclists, few things can ruin the ride quicker than developing a rash or chafing in groin areas. Not only it can be painful during the ride, but the time it takes to heal can keep you off the bike for few days. Chafing is a very common occurrence for cyclists because the seat is constantly pressing and moving against one of the most sensitive areas on your body. Combine that with the fact guys have their important bits dangling right in the middle of everything and there is a lot to work around.

Underwear with compression can help to alleviate some of these problems. Fitting tightly to the skin allows the material to rub against the seat so that your skin doesn't have to, helping to keep you rash free. But the lift offered by UFM helps to keep your package out from between your legs as well. It lifts you up, holding you slightly forward so that you will never smash yourself on the seat again. You can go from riding to standing in one movement and never have to adjust yourself.

During your workout you will have to do a variety of different movements and postures. From lunging to lifting to jumping there is no telling what your workout may involve. These kinds of strange movements can cause problems for men because the scrotum ends up moving as you do and can get stuck in strange places. This ends up causing pain and discomfort while also causing you to adjust yourself over and over again.

Most underwear just bunch you between your legs, hoping the compression does enough to keep you mostly comfortable. But with UFM the drawstring adjustable pouch helps separate you from your legs. This means that your legs can move around freely without any fear of your scrotum being in the way. The support offered by this pouch also means there is less stress on your groin area as you lift because it is properly supported already so your body isn't trying to lift the weights and your scrotum.

UFM was originally designed as an athletic underwear, combining the comfort of regular underwear with the functionality of a jockstrap. But our patented drawstring design is something you won't find it anywhere else. The drawstring offers ever man a custom fit depending on what they find comfortable or what activity they are doing. You can leave it loosely tied for a more relaxed fit or pull it all the way up for a tighter fit.

UFM offers high quality materials (Bamboo or Polyester), a variety of styles (Briefs to 9" Boxer Briefs), and a wide array of sizes (From XS to 5X). No matter what you find comfortable, UFM will have something for you.

Jim B says, "Super comfortable and the support from the drawstring is exactly what I was looking for. As one who works out regularly, it keeps my boys where they need to be! Awesome feel and support! "

Step up your game with a pair of UFM Athletic Underwear!