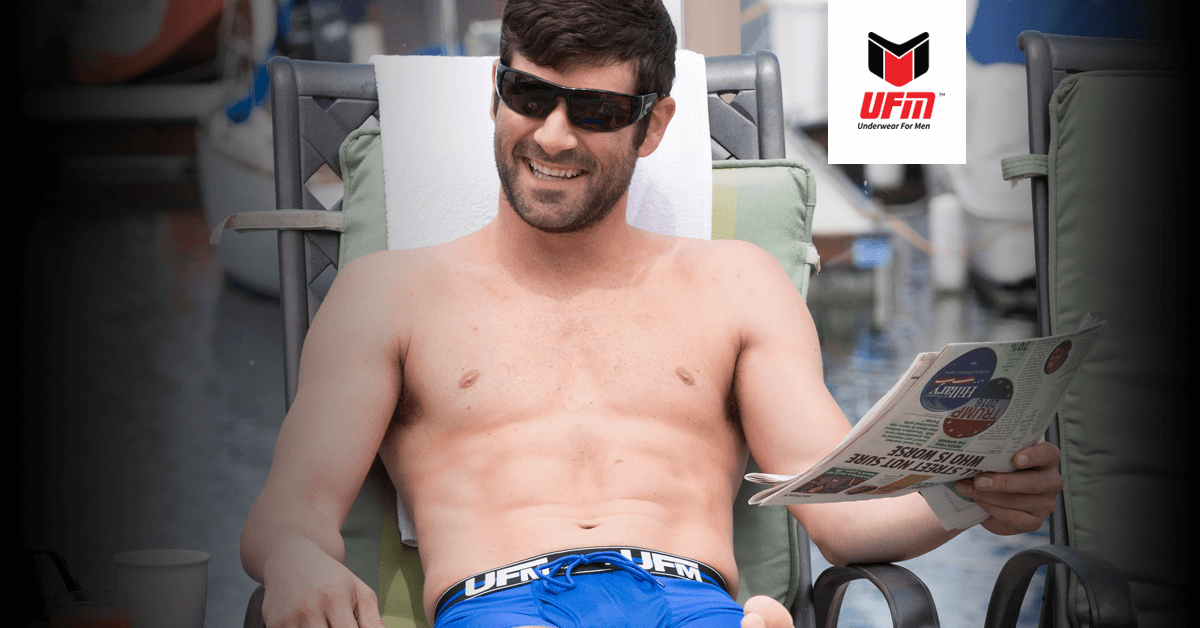 What are you up to these days?

Currently, just wrapped on two feature films. Shooting a Conan fan film in Arizona in July, then off to Savannah, GA for 3 months for TV series... And always promoting UFM Men's Underwear.

When can we expect to see some of your movies?

I have a few films in post, and can definitely look forward to seeing some stuff late this year/early next year.

What has it been like being the Underwear For Men Average Joe Model?

It's been surreal, to say the least, and the extent to which the CEO, John Polidan and family have gone to welcome me has been well beyond my expectations.

What is your favorite style of UFM Men's Underwear?

My favorite style is the generation 4 material, boxer briefs with a 9" inseam. As far as color, I'm torn between the mint green [turquoise] and camo.

What do you like most about UFM Men's Underwear?

What I like most is the compression is right where I like it, but am able to keep my manhood from being restricted in breathability and movement.

What do you do in San Diego?

My job in San Diego was to model Men's Underwear so doctors could see these things in a living breathing example. In addition, I had some people ask my likes/dislikes about my UFMs. Lastly, I got to hang out with UFM mascot Barry Comfortable as we scoured the convention and downtown San Diego asking people to give their tips/opinions on how to be a better man, and what it meant to them to have a Manhood Moment.

Is it!? Similar to Morgan Freeman's opinion on Black History month, I feel as though Men's health shouldn't be confined to having a special month for awareness and extra focus. We're talking about lives...the earlier we can instill these values, the longer men can lead healthier, more meaningful lives.

What advice do you have for men about being healthy?

How important is it for guys to talk about their health?

I think if you look back at Maslow's hierarchy of needs you see physiological, safety, love and belonging, esteem, and self-actualization. The top 4 of those all are self-explanatory, in my opinion, as to why men should talk about their health. Especially in 2016, we are social media people...we crave the attention, instant gratification...there are plenty of places to talk about your health, even if you have super personal questions, you can find places to get answers anonymously. However, heed my warning. DO.YOUR. RESEARCH! Fact check and double fact check.

What is your favorite workout routine?

I don't really have a favorite routine, and in fact, aside from a couple of exercises, I change my routine every couple months so that my body doesn't plateau from monotonous regimens.

How many hours do you typically spend in the gym?

I spend, on average 4 hours in the gym every day. Rarely do I skip a day.

How strict is your diet before a photo shoot?

It is very strict, BUT I'm human, and generally, I don't stress out over much, so if I want to splurge, I do.

Being away from your family and friends can be hard. How do you maintain your mental health when you’re on the road?

Well, ever since I was a kid, my mother knew I was different, and often told me that I belonged on the west coast or on a beach somewhere. Growing up in VERY rural southern Ohio/No. Kentucky is very much appreciated these days, but as soon as I turned 18 I went away to college. After college, I packed up and moved to Las Vegas. I've been away from family for quite some time, but coming from a blue collar family, we know if someone doesn't show up to family events because of work, that's just the type of family/people we are. We aren't afraid to work hard!

Where do you find your inspiration?

I pull inspiration from all over the places. My number one inspiration is God, without Him, I am nobody. Secondly, I pull inspiration for all those people who doubted me along my journey. One of the 3rd major inspirations I pull from is from my friends, family, and fans. I have folks reach out to me, or see their stories about how something I've said or done has inspired them, and to me, that tells me I'm walking God's plan. Making a positive impact on this world and His kingdom.

What do you do for fun?

I play lots of basketball. Lots. I like to go fishing, write, and have an interest in astronomy and marine biology.

How do you keep all the success from going to your head?

Oh, I haven't been successful yet...still have a long way up the ladder for that, but a couple of the things that I keep in mind is that it can all be taken away in an instant. Nothing is guaranteed. Another thing is something my grandfather who passed away on June 12, 2016, once told me is that if you work hard, keep your nose clean, and be one of the last people to speak you'll go as far as you want. Since his passing, I've really buckled down on making this whole success thing come to fruition even sooner.

What is the best thing your father ever taught you?

Growing up pretty much without my father in my life (basically 2-3 days a month) really taught me not to give up so easily because you never know how much value lies in something you're walking away from. Call me naive if you want, but I always try to see the good in people, and would much rather be burned by them, than for me to be "above" giving them an opportunity that somebody once gave me. My grandfather was SO humble in character, a class act, (and now I'm tearing up) that I only hope to emulate him someday.

If you could share one piece of advice with another guy, what would you say?

Don't be a guy. Don't JUST be a man. Be a BROmodel. Be a MENtor. Don't just perspire while on earth just to expire, inspire. JUST I.C.E. Inspire, Coach, Encourage. 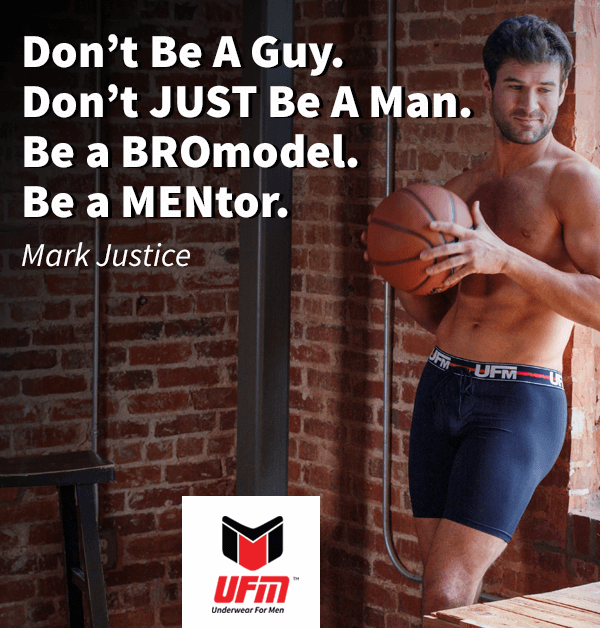 Mark Justice is an Actor/Director/Writer that has studied under coaches that have won prestigious awards such as the Remi, Oscar, Tony, and Emmy. In addition to his busy acting career, Mark is a current UFM Brand Ambassador and winner of the 2016 UFM Average Joe Model Search. For more about Mark Justice, check out his online profiles and give him some social media love: