Prevent Chafing While Working Out With UFM Underwear

Crotch chafe is a delicate subject that often ends up becoming an important part of runner's and athelete's conversation. Uncomfortable and loose underwear may cause chafing, which generally starts in upbraided skin, but ends up in the form of blisters. It is a vicious cycle that is a part and parcel of a runner or a sportsman's life. But not anymore, UFM underwear designed with anti-chafe, moisture-wicking and breathable fabric, makes it comfortable for the runners to complete their run without worrying about crotch chafe.

While chafing is an inseparable part of runner's life, there are different ways to prevent it. Some of the most popular ways include: 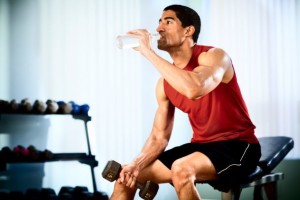 Drinking water before or after the exercising session is important to keep the body hydrated. As you run or do any other physical activity, your body pushes out salts with the sweat. Lack of proper hydration will prevent the body from sweating quickly, which will increase the salt formation.

Salt grains are sharp and have a cubical structure. With the increased accumulation of salt grains, the chances of chafing increases. Therefore, it is important that your body remains hydrated and wash out the salt before it starts irritating the skin. So remember to drink plenty of fluids before and after your workout to push out fluids throughout the run.

Friction is the biggest enemy of crotch chafe and thus it is vital to remove friction between the legs and the groin area to reduce chafing. A skin lubricant will help you to treat a chafed skin and will also make it easier for you to prevent chafing during your workout.

While Vaseline can be used as a lubricant, talcum powder also helps in reducing moisture thus prevent chafing. Cyclists and athletes can also try other lubricants that possess anti fungal and anti microbial properties to keep them dry.

Underwear is an essential part of a person's attire and a poor choice of workout underwear is one of the main reasons why you suffer from chafing. Never go in for something that is too small or too loose as it can readily cause chafing. Rather choose an underwear of your size that offer a comfortable fit. 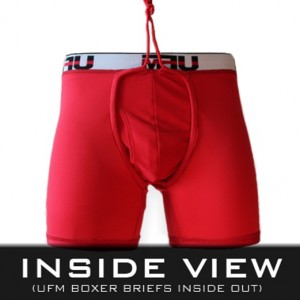 UFM underwear features exclusive US patented and Intl patents pending drawstring adjustable support system, that makes it easy for the wearer to adjust the support. It is made up of moisture wicking and breathable fabric that wicks away all the moisture while you work out, leaving your dry and comfortable all day long. The fabric of UFM underwear does not bunch up even after repeated washing and the briefs remain the same even after years of use.

Sudden Increase of workload is also seen as a potential reason of chafing. While the skin is used to a particular amount of wear and tear, adding extra workout time can further aggravate the areas. Therefore, if you want to increase the intensity of the workout along with the time, it is important that you make the changes gradually.

Good hygiene must be practiced be the athletes to stay away from chafing. After the workout session, it is important to wash away all the dirt with water and soap and dry the area completely before changing into fresh clothes. Dirty and sticky areas of the skin are more vulnerable to increase friction which could easily lead to chafing.

There is always something better than dealing with:

To make sure that the next time you indulge in a workout, crotch chafe won't bother you again, make a choice at the earliest. You can buy UFM underwear from Amazon or the UFM online store.