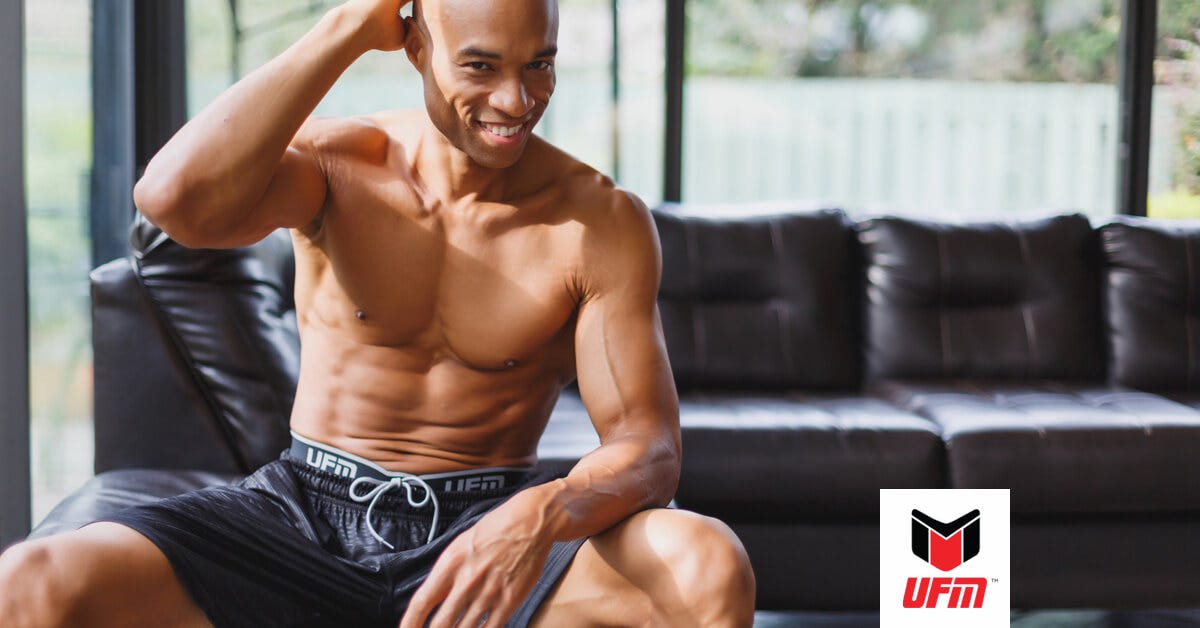 UFM Ambassador Darian Williams has a very interesting background and career. Check out this interview to learn more about his book, his passions, and his favorite style of Underwear For Men.

Where you're from, where did you go to school, what are your passions, etc?

• I’m originally from Detroit Michigan. I attended Wayne State University with the major in criminal justice planning to follow and my father's footsteps and become a police officer. Ultimately I ended up moving to Scottsdale Arizona and began pursuing things that were actually in line with my passions. Science, biology, anatomy, physics, sci-fi and all things creative are a huge draw for me. I'm fascinated by systems and processes of all kinds, especially in the plant, animal, microbial and tech world. So, as a preteen, it was a natural progression to begin understanding human anatomy. This taught me how to alter my physical appearance through exercise and diet. I became a personal trainer in my late teens mainly to reinforce what I was learning by teaching others. Plus, I simply enjoy sharing information that has the capacity change someone's life for the better. Decades later, I still seek to better understand the micro and macro intricacies of the human body as it relates to health and wellness. So, as long as people continue to seek knowledge from me I will continue to share it.

We heard you wrote a book, I Was Thinking One Day. Tell us about it.

• I Was Thinking One Day is a compilation of short thought provoking questions and statements. It is a book of short passages derived from years of observations and self pondering on various subjects. I'm always looking to grow and evolve, so studying the past, being mindful of the present and contemplating the future inspires me to challenge traditional social cultural norms. Thus, I Was Thinking One Day allows readers to take a pause and give thought to otherwise "norms" we are all born into. You can find the book on Amazon here.

You also competed in an amateur Iron Man contest. What was that like?

•Ahhh yes, Amateur Iron Man body building competition. That was a very interesting show. I was literally talked(forced) into doing that show two weeks prior. One of my clients asked if I would work out with one of our mutual friends at the gym who was in the competition, because his training partner when out of town. So I did, the thing is, as a vegan, I'm pretty much always ripped and ready. Where as my meat eating counterparts would literally be nodding off between sets like a lions on the Serengeti planes of Africa. People who weren't used to seeing me train kept insisting that I should participate because I was competition ready. I gave every excuse I could until my client insisted on sponsoring me, paying for my posing trunks, IFBB card etc. I've always found amateur body building shows pretty boring. There are only so many front double biceps and grimacing smiling faces want can take. So, I went in to mix it up and put on a show. To my surprise, I was the only one who received a standing ovation out of the entire men’s, women’s, and teen divisions, including two professional guest posers. Go figure.

What is your secret to staying fit?

•Secret to my fitness? Very simple! I provide my body with what it was physiologically design to operate on. Translation, a Whole Foods Plant-Based Diet. We are born into a world of externally motivated systems that tell us what, when, where and how to do things. So the simplest, most basic, logical internally motivated actions have become foreign to us. Exercise, though important will always be secondary to what goes in your body. Not even genetics trumps the staggering array of complex interdependent chemicals we call food. So if that next morsel isn't whole and recognizable, you might want to take pause.

What projects are you working on these days?

• I have a never ending list of projects. Currently, a huge portion of my time is committed to preparing and presenting lectures on nutrition specifically plant base versus non-plant base nutrition as it relates to our gut flora. Our gut flora consist of thousands of species of bacteria that number in the hundreds of trillions that we coexist with. The food we eat also feeds our got floor tenants. So the food you eat will determine the microbes you have and the microbes you have will determine whether you we'll be sick or healthy. I have a personal bias but it won't change basic chemistry, biochemistry, biology and your internal ecology. Besides that super nerdy endeavor, I split my time amongst photography, customizing sci-fi collectibles, plus modeling and voiceover work which is just plain fun for me.

What did you think/feel the first time you tried UFM?

•The first time I tried UFM, it was literally a sigh of relief. I have never liked generic cookie-cutter concepts. And prior to you UFM, I would spend hours in the underwear aisle deciding which brand I was going to try next. In hopes of picking the one that would be the least uncomfortable. UFM’s concept is simple, just like food and health, the simple concepts are often the easiest and the best. Finally I have underwear I can put on and forget. Thank you UFM!

What is your favorite style of UFM men’s underwear?

•My favorite style of UFM underwear has to be the 6” bamboo for overall versatility and comfort. I'm constantly on the go, in and out of the car, demonstrating all manner of exercises, or spending hours in health food stores reading nutrition labels. So I can Count on the 6“ bamboo to get me through my lengthy sporadic days. 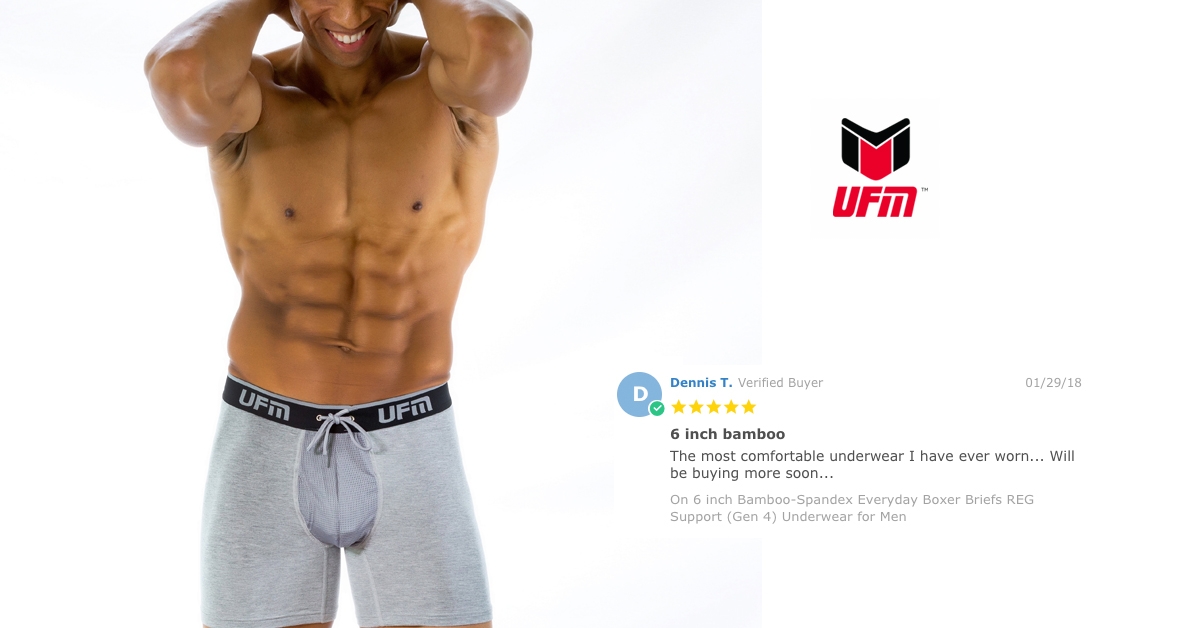 If you could share one piece of advice with our fans, what would it be?

•My advice is to never settle! Men's clothing has finally moved into the realm of comfort, and practicality. So don't settle.